This camp is cancelled.

For our currently registered students, we will be contacting you directly via e-mail to see if you would like to transfer to one of our other camps. If not, we will process a full refund.

Get your vocal cords warmed up as we dive into a weekend of voice over work! Last year, television saw a boom in animation due to other traditional forms of media not being able to happen in-person. The industry has quickly become huge, with new pilots sprouting up every month from almost every major production company. Alexis Nichols, best known for her roles as Professor Ursula and Shiny Chariot in Little Witch Academia, is ready to help you reach your dreams with this workshop. By the end of the weekend, you’ll be able to walk away with several voices under your belt and a small demo reel to use for your portfolio.

Prerequisites:
This course is appropriate for beginners in professional voiceover work. 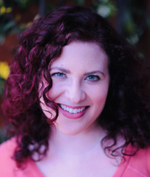 Alexis Lygoumenos is a third year Theatre and Performance Studies PhD student at the University of Georgia. She has taught classes in Acting, Improvisation, Scene Study, Voice Overs, Musical Theatre, and Audition Technique at the California School of the Arts, the International Performing Arts Academy and Los Angeles Center Studios. She received her MFA in Acting from the New York Film Academy, trained at the Yale Summer Actors Conservatory, the New York Conservatory for Dramatic Arts, and the University of Oxford. Under the stage name Alexis Nichols, she is an award-winning versatile actor, writer, petite model, and voiceover talent. She has appeared in print, online, and on the runway as a fashion model, pinup girl, and, most recently, as a gothic beauty in Petite Alternative. A nationally and internationally published model, she has also appeared in Vogue Italia, Maxim.com, Car Kulture Deluxe Magazine, Spain’s La Revista Shock, Retro Lovely, and Primer Round publications. This is Alexis’ third year as a Georgia Center Youth Programs Instructor.

Students will need to have an audio recording software, such as Audacity, downloaded onto their computer. Audacity is a free program that is simple and allows you to edit audio clips. We also recommend that you use a professional grade microphone, such as a Blue Yeti Nano. This is not required, but it will help to boost the quality of your demo reel and future voice acting endeavors.