Acting for the Stage

Summer academy registration is now open!
Register for the Camp

Get comfortable in your acting craft on camera as we navigate the world of performing arts in our one week virtual acting intensive. Expand your budding actor's portfolio, and review a range of on camera acting techniques. Performers will be brought through various workshops gaining access towards creating their own polished scenes and performances. Then at the end of the week, family and friends are welcome to attend our collective virtual show where each performer will have their chance to shine!

Prerequisites:
This course is designed for students both with little to no experience in the theatre and seasoned veterans. 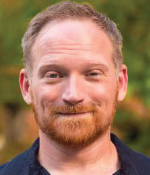 Shanon Weaver received his MFA in Acting from the University of Georgia. He holds a bachelor's degree in Theatre with a playwriting focus from the University of Texas at Austin and received conservatory training in acting at the American Musical and Dramatic Academy in New York. He has a long list of stage, film, TV, and voice over credits in Austin, TX, and for UGA he has appeared as Frank Strang in Equus, Trouble/The Doctor in In The Blood, Bale in Niagara Falls, and the Manager in Vanity Fair. He is excited to take on the role of Lee in True West in the Fall 2020 semester. Shanon's interests are in Meisner, Chekhov, Viewpoints, Alba Breathing, and Intimacy Direction. He is a proud member of Actors' Equity Association. This is Shanon's first year as a Summer Academy Instructor. 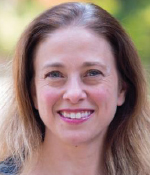 Robyn Accetta received her MFA in Acting from the University of Georgia. She has worked and taught all around the country, including The Maryland Ensemble Theatre, The Greenbrier Valley Theatre and here at UGA. She received her BA in Theatre from Michigan State University, received her Two-Year Certificate of Completion in Performance from The Circle in the Square Theatre School in NYC, attended The Theatre School at DePaul University and trained extensively in Chicago, IL. Robyn is very interested in acting technique, aerial arts and is pursuing her certification in Intimacy Direction. Robyn is a proud member of Actors Equity Association. She is very excited to be teaching her first year at Summer Academy.