Summer academy registration is now open
Register for the Camp

With animated movies like Frozen breaking box office records and video games continuously increasing in popularity, it’s no wonder that students want to explore the exciting world of 3D animation. In this introductory camp, you will get hands-on experience with Autodesk’s Maya software, which is used in several professional studios around the world. You’ll learn basic modeling and animation techniques, and gain experience creating your own art, manipulating images and graphics, and creating movement. Students who bring a mobile storage device can leave with their work; others will be provided with access to a downloadable version after camp ends, so they can share their work with family and friends.

Prerequisites:
Some basic computer knowledge is required, but this course is designed for students with little to no experience in digital animation. 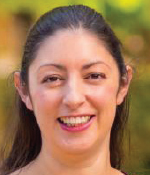 Anna Corbould grew up in England, where she studied Music and Drama at the University of Roehampton and the University of Manchester. After working for Apple for ten years teaching customers how to use software to edit music, videos and photos, she moved to Athens to study at UGA. She graduated her MFA in Dramatic Media production in May 2019 after completing the Rosetta Theatre Project, an interdisciplinary, multi-media installation incorporating motion capture and 3D animation in performances of Romeo and Juliet and Tartuffe. This is her third year teaching for the Summer Academy.

Edom Kassaye is a first-year graduate student at the University of Georgia where she is pursuing her MFA in Dramatic Media. Her area of interest is 3d animation. She earned her BFA in Animation and Visual Effects from Austin Peay State University. During her time there, she wrote, animated, and directed a mixed media animation short, Solomonic dynasty in a nutshell. She has also participated in recent UGA projects, including Alcestis and Gem of the Ocean. This is Edom’s first year as a Summer Academy Instructor.

Students will need to bring an 8GB Flash drive with them for camp. This flash drive will allow them to transport their projects between class and take the project home with them after camp. Here are a few recommended choices for students: